Losing someone you love is one of those tragic and heartbreaking events that could be downright devastating even for the most powerful humans. Many tragic deaths are pictured in video games, but most don’t analyze this event from a psychological perspective. Neversong is one of those rare titles that portrayed this traumatizing event from this perspective. We’ll examine this game in the following article.

We start with the game’s story, which is its most important part. The game is narrated using some poetical sentences that will introduce you to the primary setting of the game and its characters. You’re controlling an orphan boy called Peet, who spends most of his time with his friend Wren. One day, they go to an abandoned asylum near the town. In the asylum, a horrifying creature called Dr. Smile kidnaps Wren, and therefore, Peet falls into a coma because of this tragic event and the scariness of Dr. Smile. 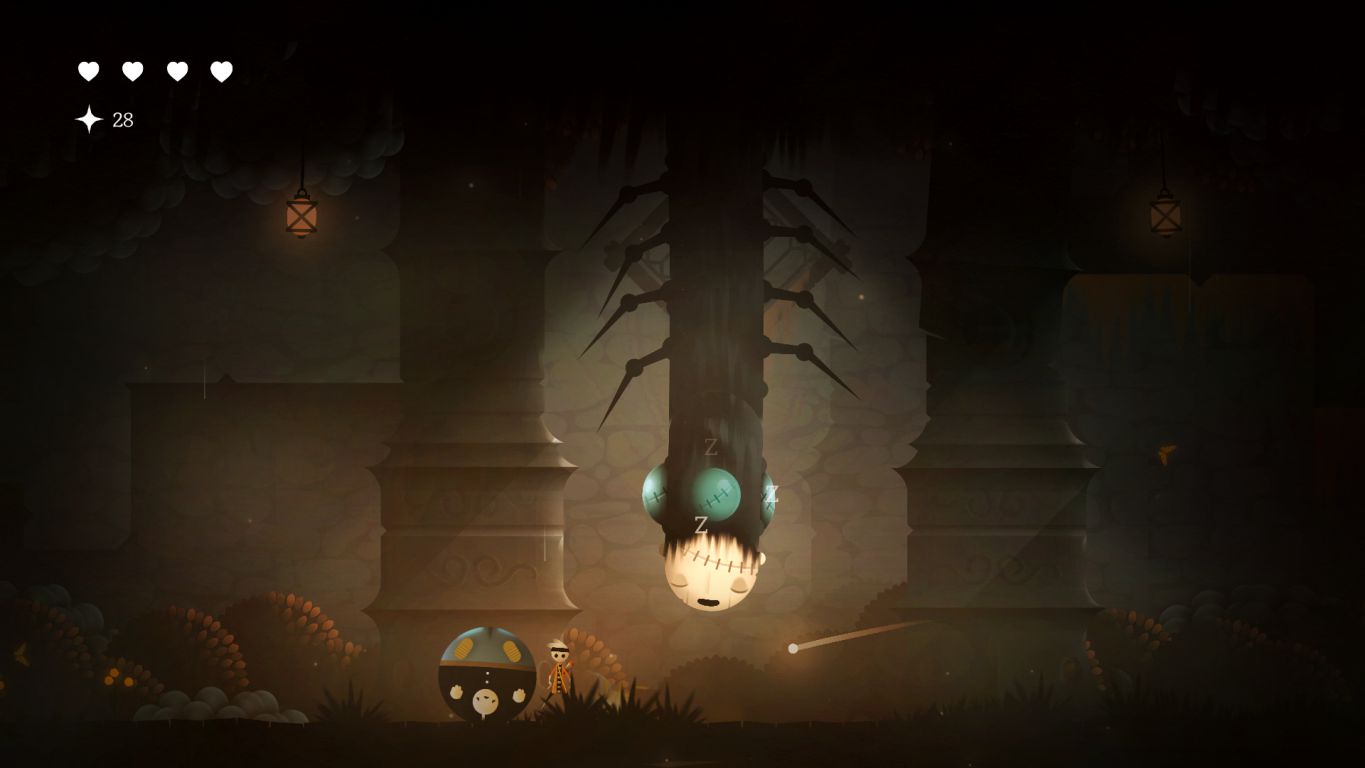 The game has an eerie atmosphere

After a short introductory level in a coma, you’ll see that Peet awakes from the coma and comes back to the town, only to find out all the adults and grownups had come to search for them and now, they’re all lost. There are only children in the city, and most of them are acting very weird in the absence of grownups. After searching the town, you will find out that adults are transformed into abhorrent monsters, and you must find a way to defeat them and get more abilities by remembering the piano notes that Wren and Peet used to play. 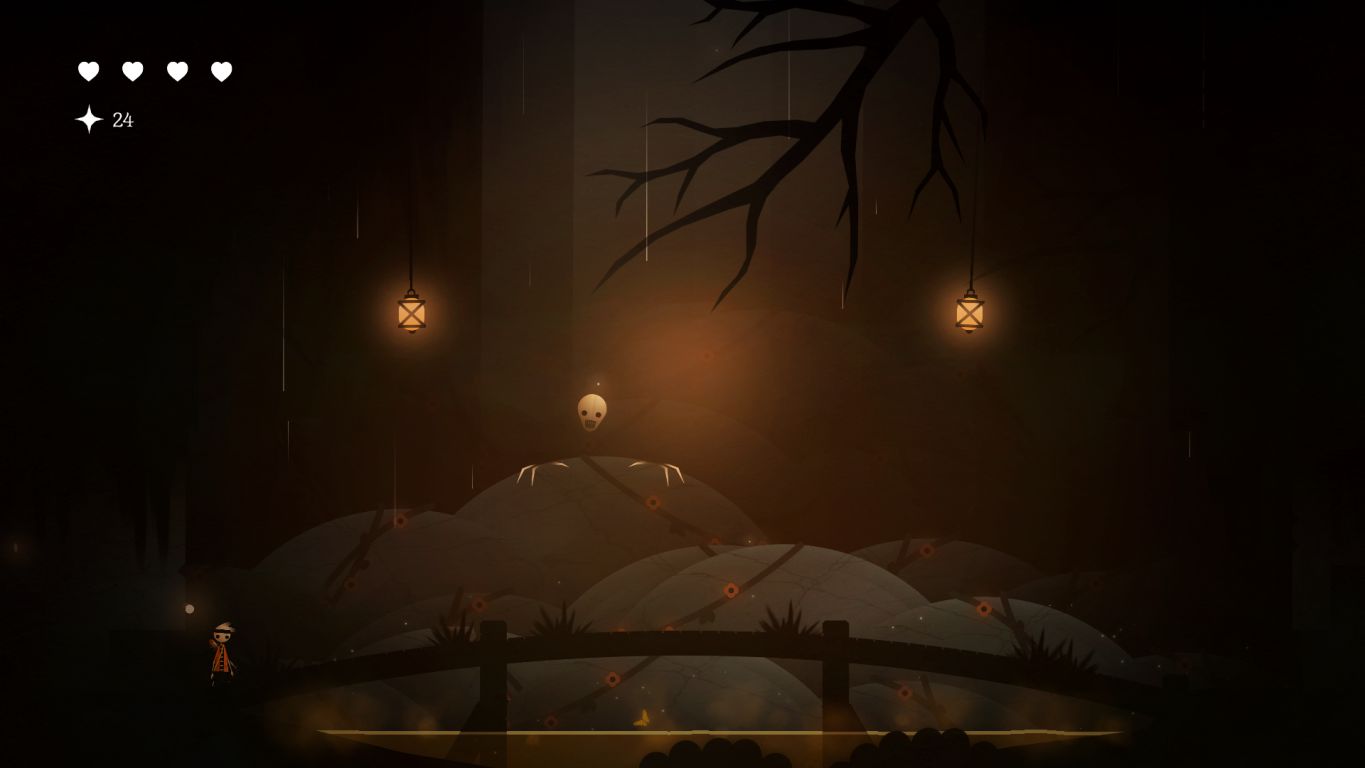 The game’s story may feel stereotype at first, but it manages to deliver its message through different symbols and characters. If you analyze the characters and how the Peet sees the world in the game after the ending, almost everything makes sense, and you can ultimately find out how Neversong’s story relates to the psychological problems of someone who endured a tragic loss. Nearly all the events, horrific monsters, and even places you see have some message that can be found by thinking about them after seeing the game’s ending. Fortunately, the game has good character-development for the few NPCs you’ll encounter, and despite their simplicity, you can remember the characters and their traits. I don’t want to spoil its central part of the story, so I don’t get more into details. Still, I can say the developers did an outstanding job in the story-part and deliver their message elegantly and intelligently.

Neversong’s first simple puzzle is related to letters written above these doors.

Now we’ll examine gameplay. As it is evident from the game’s screenshots, Neversong is a platformer game. It is a relatively straightforward and short experience with combat elements and puzzle-solving mechanics, and there are also some inspirations from Metroidvania games. After defeating each boss, you get a piece of piano note, which can be played at Wren’s house and will unlock a new ability for your character, which will help you explore new parts. Although it is possible to backtrack to previously explored areas, it is not necessary, and there is not enough content to make backtracking worth your time; therefore, I think it cannot be fully considered a Metroidvania. 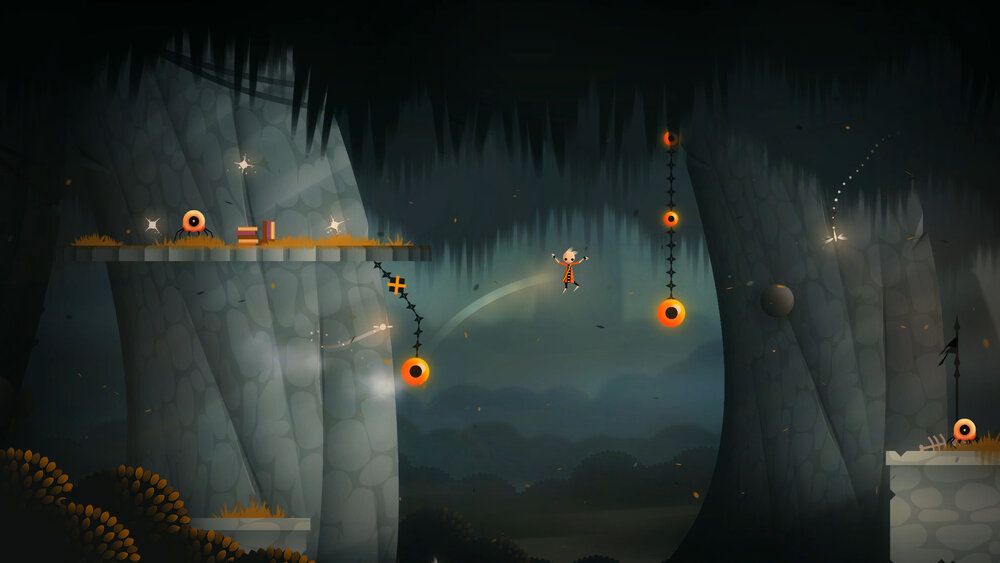 As I mentioned in the former paragraph, there are boss fights in the game; therefore, it has combat elements. The game’s combat is mainly based on hitting the enemies using a baseball bat. There is no complex element in this part of the game, like damage modifiers and things like that. The only important thing is that you can get some stars by defeating each enemy, and after getting every 100 stars, you’ll get one new heart, which will extend Peep’s health bar. Also, after defeating almost every enemy, you get one heart. So basically, the developers intentionally made the game’s combat system reasonably easy and casual. I think it is a reasonable decision to help even casual players complete the game, but anyway, I could feel a lack of hardcore mode for players who want challenging platformer games. 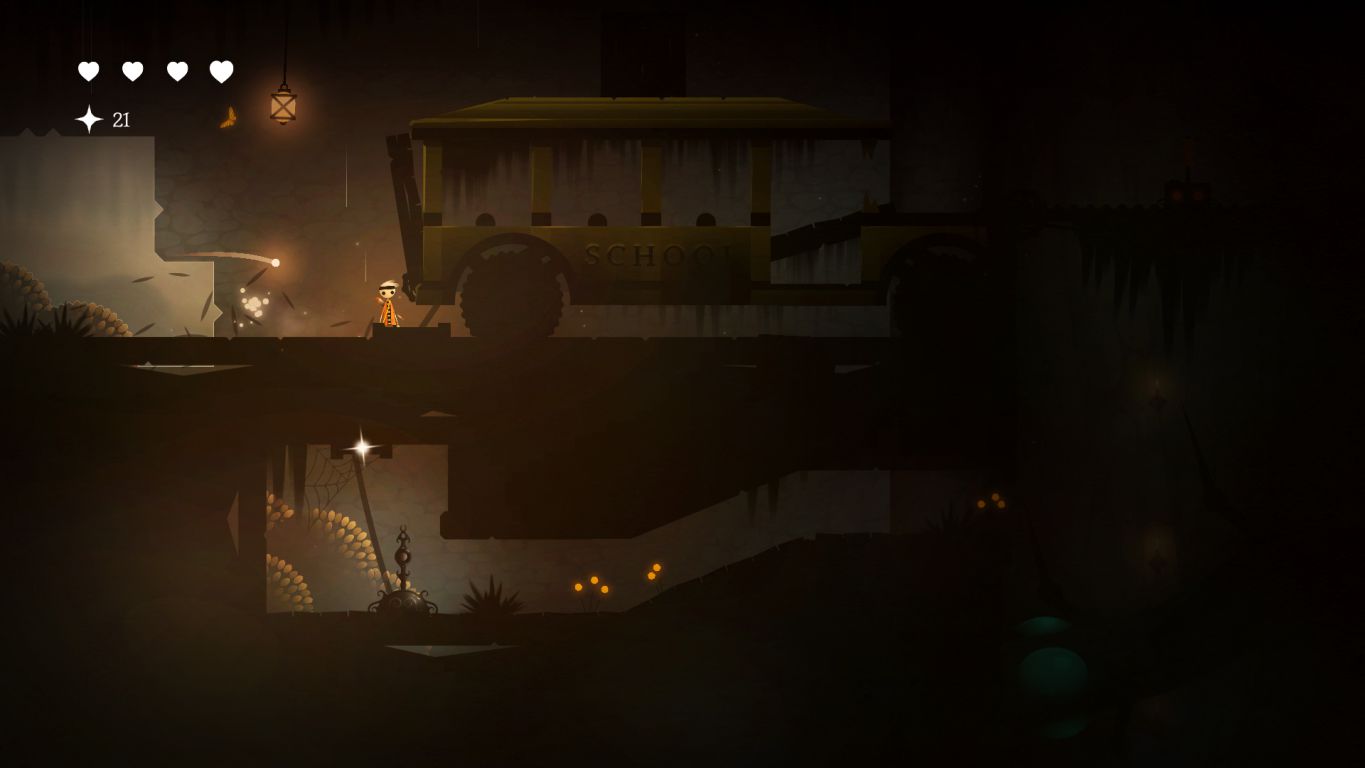 There are different platforming puzzles in Neversong.

The platforming mechanics are well-implemented, and thing like jumping and swinging has a unique sense of inertia that makes the game’s control system feel consistent with its atmosphere. Platforming puzzles are also well-designed but straightforward and offer a relatively right amount of challenge for completion. They are never too difficult and challenging, but they fit the game’s pacing and tone anyway. Some collectible cards allow you to customize Peet’s appearance. The game doesn’t focus very much on these cards, but anyways, they can be a motivation to explore the environment thoroughly.

After gameplay, we analyze the game graphics. Developers used a unique art-style that was used in their previous title, Pinstripe. This art style has some eerie and goofy horror coupled with depression that completely matches the game’s atmosphere and theme. The character design is also a positive point for Neversong. All of the game characters have unique and memorable appearances that help the game find its identity. In terms of technical aspects of graphics, we could say the game is just acceptable. There are some physics-system problems and bugs that don’t ruin the whole experience, but they can sometimes be annoying and cumbersome. 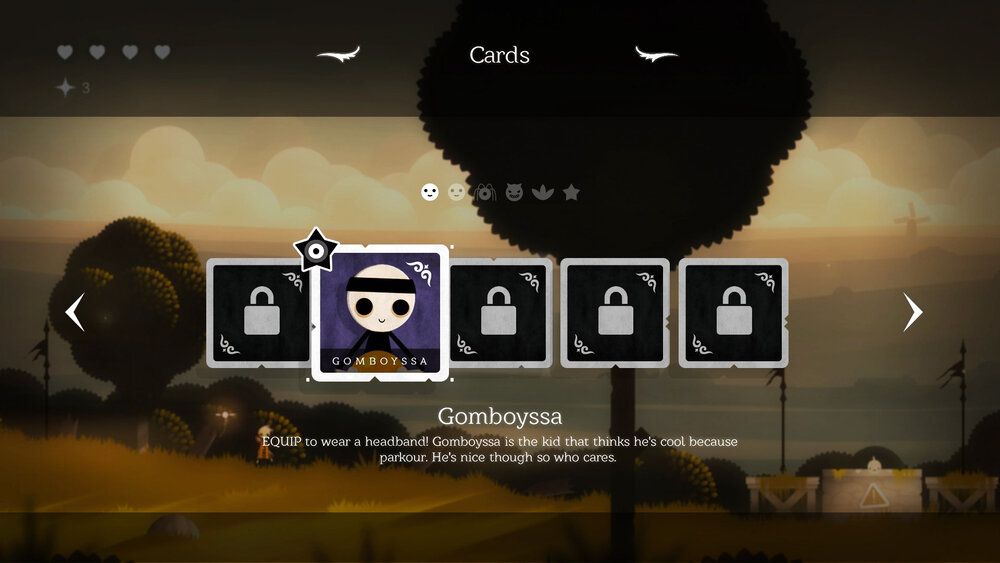 You can customize Peet’s appearance by finding some cards.

At last, we come to music and audio. Like other elements of Neversong, it features soundtracks that are in complete harmony with the game’s atmosphere. They are calm in the first areas of the game, but as soon as you get far from the town’s safe zone, it gets more intense and delivers a sense of incertitude. The game is also fully voice-acted. It is not very common for voice acting in low-budget indie games; therefore, the excellent voice acting of a title like Neversong can be considered a very positive point for an atmospheric indie game.

Neversong is a psychological platformer about depression and grief trauma. Its story accurately demonstrates the extreme feelings of someone who lost a loved one. The game’s art style and music are in complete harmony with its atmosphere, and it also features well-designed gameplay. There are some technical issues in the game’s physics system, and its difficulty may be very casual for hardcore platformer fans. Nevertheless, I can recommend Neversong to the players who like games analyzing psychological and mental health problems.