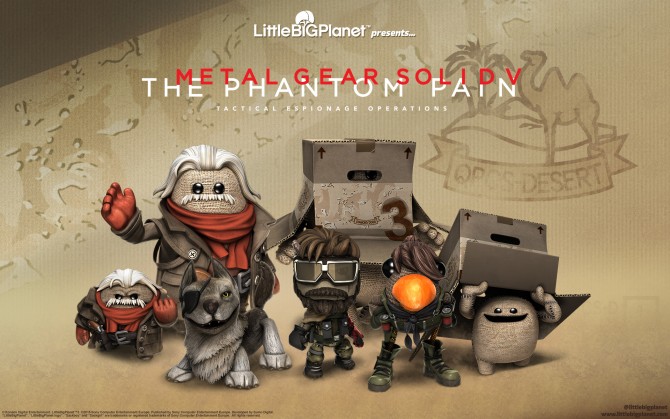 If you weren’t aware, Metal Gear Solid V: The Phantom Pain launched today worldwide. To coincide with the highly anticipated game, PlayStation has revealed new DLC for LittleBigPlanet 3 featuring costumes and characters from The Phantom Pain. A similar DLC pack was launched with Metal Gear Solid V: Ground Zeroes and featured new costumes for the characters in that game.

The new add-on includes costumes for Venom Snake, Ocelot and Quiet each for $1.99, or a $5.99 bundle with a cardboard box costume as well.