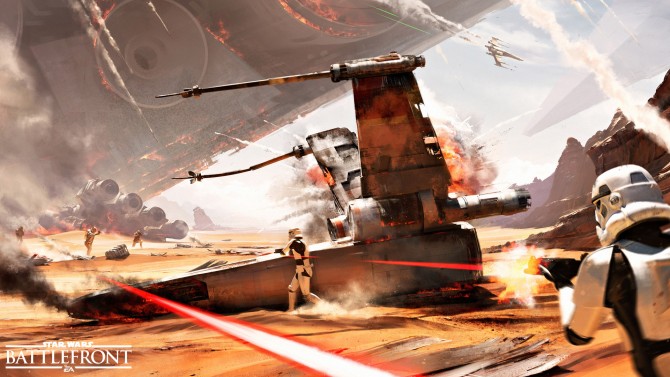 One of the most anticipated games of this year, DICE and EA’s reboot of the classic Star Wars action franchise, Star Wars Battlefront, will be getting a beta ahead of its launch. The beta should be a chance for players to see just how the game plays ahead of its November release, and it will be available to PlayStation 4 players in October.

The Star Wars Battlefront Beta is a technical test and will feature Walker Assault on Hoth, a 40-player multiplayer battle featuring Rebels and the Empire, Walker Assault will also give you the chance to play as two of the most iconic characters in the Star Wars universe: Darth Vader and Luke Skywalker. The Beta will also feature our Survival Mission on Tatooine, where you and a Rebel friend must fight back waves of Imperial forces.

No word yet on either the precise dates for the beta, nor on whether it will be coming to other systems ahead of its launch. We will keep you posted, ahead of the game’s launch on PS4, Xbox One, and PC on November 17.