After a successful Kickstarter campaign, years of development, a few prototypes, and a multi-billion-dollar investment from Facebook, the first commercial virtual reality headset from Oculus VR officially launches today. click on read more to get more informations.

Oculus Rift Priced at nearly $600, the Rift requires a suitably equipped PC (running Windows), though it comes with an Xbox One gamepad to use as a controller. (The Oculus Touch motion controllers provide a more robust option for gameplay in the Rift environment, but will not be available until later this year, when they will be sold separately.)

Gaming isn’t the only thing you can do with the Rift, but it is the device’s biggest draw. At launch, titles that support the Rift include Adr1ft, EVE: Valkyrie, Pinball FX2 VR, Lucky’s Tale, and Chronos, among others. Later in the year, the Rift will face competition in the form of HTC’s Vive headset (due in April) and PlayStation VR (October). 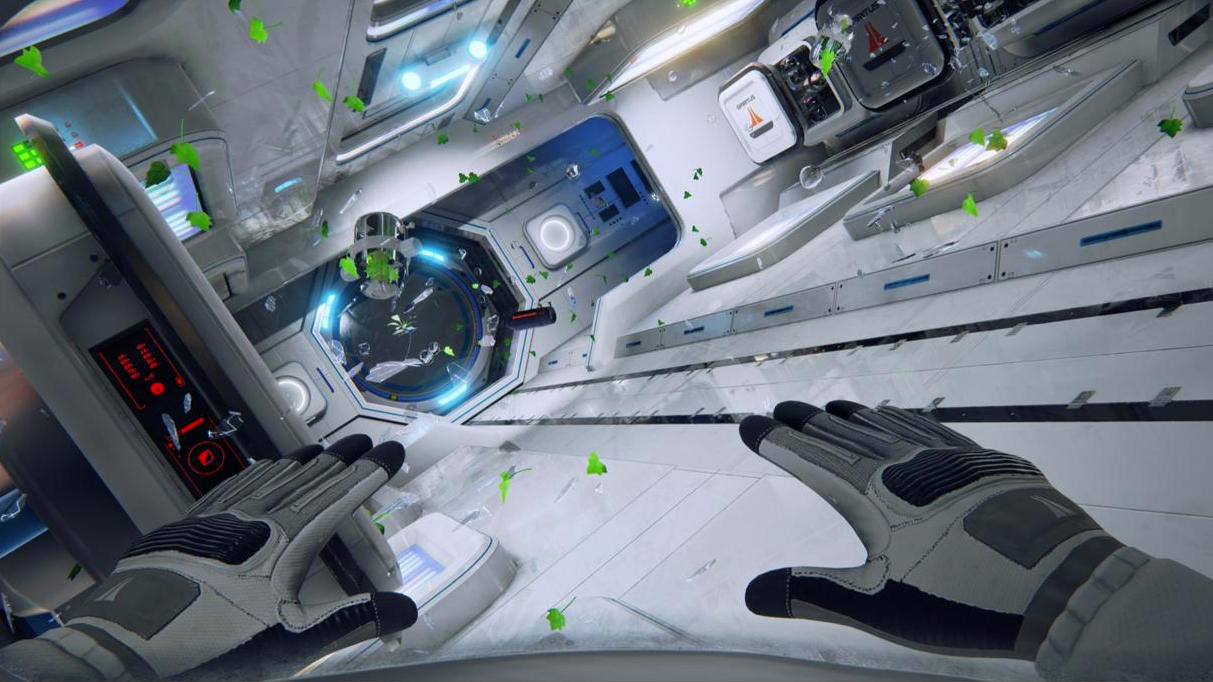 Gamespot’s note: Playing Adr1ft in VR is an intense experience that may lead to adverse physical effects

Below, find quotes from professional reviews of the Oculus Rift hardware itself. (Click on any publication name to read the full review.) Scores (converted to our 0-100 scale) are listed only if one has been assigned by the publication itself; otherwise, we have grouped the reviews into rough categories, from most to least positive.

” The headset is well-designed, build quality is good and the immersive experience overall is breathtaking. There’s also much to commend in the platform Oculus has delivered, in terms of the wide scope of its content, the (almost) fully integrated VR interface, and the way in which the vast majority of games just work, even on the min-spec PC hardware platform. … I can safely say that those who’ve pre-ordered the Rift are unlikely to be disappointed with the quality of the end product and the experience it delivers – VR is like nothing you’ve ever experienced before. “

” Many of the best experiences I’ve had in the Oculus ecosystem either aren’t in the Oculus Store yet, or won’t be available until the company’s Oculus Touch handheld controllers arrive later this year. … This is an astonishingly well-made device. It delivers rock-solid, comfortable VR, and it does so easily. You’ll be able to put this thing on anyone and show them the magic. You’ll have friends coming over just to go through the Dreamdeck. (Seriously, you will.) But you’ll have to make your peace with the idea that your $600—or realistically, $1,500 or more, if you need a PC to go with it—is an investment. “

” Going from a monitor to the Rift’s VR is like going from looking at nothing but moving paintings in a dark cave to looking at the real world in sunlight for the first time. That said, there are some lingering issues with the Rift’s simulation of reality. Number one is focus. … The other problem is resolution. … For now, I can’t identify a single “killer app” that will instantly sell skeptics on the Oculus Rift’s virtual reality gaming over simple screens. “

” I’ve had a lot more fun with the Oculus Rift than I thought I would, and playing through the launch lineup was more exciting than any console in recent memory. There’s something for everyone here, and all of it will feel new and exciting, especially if you’re an average consumer who hasn’t tried it out at trade shows over the years. “

” As a first-generation VR product, the Oculus Rift delivers an impressive amount of immersion. The big downside is its price, as well as the fact that it requires a PC gaming rig. For most people, it might be wiser to wait until the price drops for high-end VR. “

” $600 is a lot to pay for a piece of gaming hardware. But Rift is different from a console or a new graphics card. Rift allows you to experience games in ways that we’ve only dreamed of up until now, and while it requires you to make a few compromises in the name of immersion, it’s worth it. “ 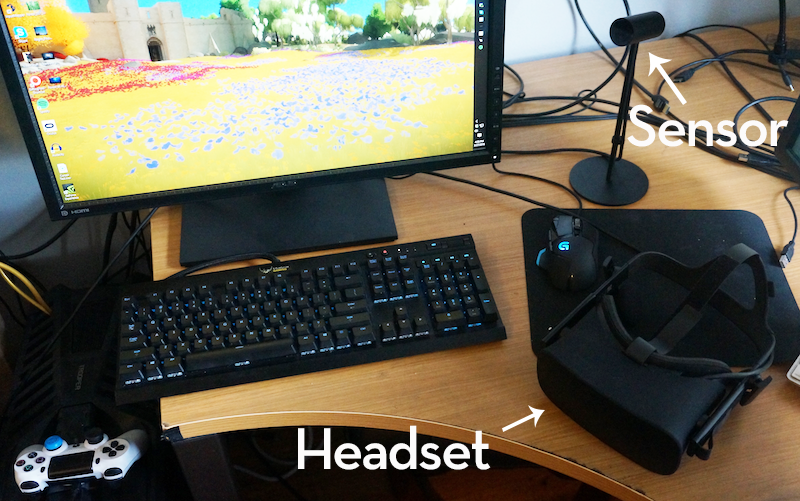 Kotaku’s note: It’s pretty straightforward. It’s a black headset. What did you expect? On with the impressions.

” The Rift was really designed as a gaming device, and this is where it shines. After sampling a few titles, it’s clear that the simpler the controls for a game, the more enjoyable and immersive I found the experience. “

” The Oculus Rift is often extremely cool but for now it remains assuredly niche. However, the central idea—the feeling that you are inside another reality—is so immediately impressive that it transcends gaming and can appeal to darn near anyone. There’s an intuitive immediacy to VR that sets it apart from many other interactive experiences. “

” A calculated, well-executed step forward into a larger virtual world. “

” It’s magical despite some rough edges. … But it’s hard to know how things will look six months from now or a year from now, and harder still because many of the best VR experiences at the moment (Fantastic Contraption, Job Simulator, Dead and Buried) rely on the Oculus Touch controllers that are still months away from release. “ 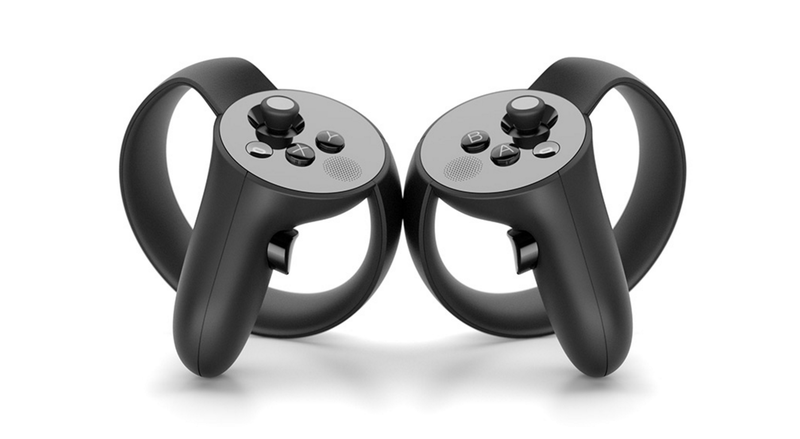 Polygon’s note: In terms of the screens themselves, the image is crisp and bright, with next to none of the “screen-door effect” that was so annoying on the earlier versions of the hardware.

” It already feels like a luxury item, but there are obvious areas that need to improve in future iterations. … It’s tempting to ask if the Rift is ready to sell. The answer is yes. The Rift’s strong support for both sitting and standing experiences and the obvious quality of the headset, matched with surprisingly strong ergonomics and usage of the remote all work together to create something that feels satisfying and, more importantly, transformative. “

” Just a few more months has been the mantra of virtual reality since people started getting excited about the Oculus Rift, and saying it after the headset is released feels like either a huge cop-out or a sign that the VR we want may never actually arrive. But it’s impossible to think of all the unreleased Oculus Touch experiences I’ve tried — like three-dimensional painting tool Quill, Old West shooting gallery Dead & Buried, and a VR version of Rock Band — and not feel like the Rift’s best days are still ahead of it. “

” The price of the whole package is going to be prohibitive, and it will likely keep many from jumping to Rift right away. But for those who have a compatible PC or invest in one and take the Rift plunge, it’s going to be worth every penny. “

” While the Rift is a well-built hardware system brimming with potential, the first wave of apps and games available for it narrows the device’s likely users to hard-core gamers. It is also rougher to set up and get accustomed to than products like smartphones and tablets. … There isn’t much to do with the system yet. “

” It will take some time for VR storytellers to figure out this craft. But the Rift itself, while an engineering marvel, still just isn’t that good at convincing you you’re in an alternate reality. After the novelty wears off, using the 1.5-pound headset is about as awkward as sleeping on an airplane. … The extra costs of the Rift (monetary and otherwise) would be justified if its image quality were dramatically better than [the $100 Samsung Gear VR], but it isn’t. “